As with so many of the older clubs in the country, the early official records of Worthing Cricket Club seem to be almost non-existent. Our history can really only be traced from reports, museums, recorded histories of other clubs, some of the older newspapers, and a most valuable personal letter in the handwriting of Mr F. Wickham-Collet, dated the 3rd December 1949. The aforementioned letter was addressed to the late Mr J.A.P. Bartlett, who was captain of the club over eleven of the post-war years, and to whom the club is indebted for having initiated the first researches into our history.

This photo was taken at a Sussex CCC at the Manor Ground in the 1960s and is testament to the popularity of the game.

Although the foregoing brief details have been accepted for many years as the authentic origins of the club, more recent research seems to indicate much earlier beginnings. For example, a correspondent (one H.E. Snewin) for the Worthing Gazette in the issue of 8th June 1892 calls the newspaper’s paragraphist over the coals for having suggested, in the previous week’s issue, “the Broadwater & Worthing Cricket Club was but 25 years old” (this would take it back to 1867). Mr Snewin then proceeds to recount how “there were originally two clubs, the Broadwater and the Worthing”, and to set out the scores of a few matches, including a full scorecard of a match between Worthing and Steyning clubs in 1854. He adds that in 1855, the Worthing Cricket Club, “had the Marquis of Anglesey for patron, Captain Parry, President and the Revd. F.A. Piggott for Treasurer and our ex-Mayor Mr. Alfred Cortie for Secretary. The opening match was on Broadwater Green”.

In the issue of the same paper of 14th May 1885, there appeared a report on the Dinner of the Broadwater and Worthing Cricket Club held at the Maltster Hotel, Broadwater on 6th May, at which the Chairman, Mr A.H. Collet, the Vice President mentioned that he (and his friend George Paine) that night commenced their 30th season with the club, and that as those were by no means the first matches, it was clear that the club had existed for a longer period than 30 years (i.e. pre-1855). He added that another club had thrown in its lot with them. Therefore, as we have evidence from Mr Snewin of the existence of a Worthing Cricket Club in 1855, together with his comment “there were originally two clubs, the Broadwater and the Worthing”, and evidence from Mr Collet of the existence of the Broadwater and Worthing Club in 1855 together with his comment that “another club had thrown in their lot with them”, the pattern seems to emerge that sometime around 1855, the two clubs merged, only to separate again in about 1895 or 1896.

Further evidence that Worthing Cricket Club exited even before these times appears in a most delightful publication, The History of Henfield Cricket Club, which reproduces two press reports of a match between Worthing Cricket Club and Henfield Cricket Club at the Crescent Ground in 1840. To this day, there is a Park Crescent in Worthing, close to Victoria Park. Could it therefore be that Worthing’s home ground then was Victoria Park? This match with Henfield was evidently not played in the best traditions of the game, as the publication quotes the following report:

At the conclusion, the Worthing 11 adjourned to the White Hart Inn, expecting as a matter of course to meet their opponents but these being a rumour says so chagrined at being so unexpectedly and tightly wound up by the Worthing players, repaired to the Spaniard Inn, much to the disappointment of the Worthingers and to the loss of the landlord of the White Hart who had as on all former occasions provided suitably in expectation of a visit from the whole party.

A report in another newspaper of the time corroborates the story and ends with the apt comment: “No discord, we trust, will occur again.”

When therefore was Worthing Cricket Club born and when should it celebrate its centenary? Or has it missed it? But let us return to more recent times.

In relation to these very early days, the period of the re-division of the Broadwater and Worthing Cricket Club into the Broadwater Club and the Worthing Club in 1895 or 1896 seems comparatively modern history, and it’s fortunate that the letter of 3rd December 1949 of Mr F. Wickham-Collet (whose brother “Bertie”, Mr H.N. Collet became Secretary in 1898) is still in the club’s possession. From this letter we learn that up to 1894 Broadwater and Worthing Cricket Club played on Broadwater Green, and that the club consisted mainly of “gentry” like Arthur F. Somerset of Castle Goring, Julian Gaisford of Offington Hall and schoolmasters from the numerous preparatory schools in the district. However, in 1893 there occurred in Worthing a disastrous typhoid epidemic, which caused many of the preparatory schools to leave the district with the result that the old Broadwater and Worthing Cricket Club found itself with an acute shortage of players. The club struggled through 1894 and then wound up.

A manuscript of another old member of the time (whose identity is now lost) tells us that the old Broadwater and Worthing Cricket Club became two distinct entities and that the Worthing section formed themselves into the “Homefield Park Cricket Club” with Alderman Frank Parish (Mayor in 1898) as Captain. The writer’s memory appears to be slightly at fault as the fixture card of 1898 bears the name “Worthing Park Cricket Club” though with Dr. Parish as captain. But, desirous of a private and better ground the new captain, in association with two other prominent townsmen , Mr Robert Charles and Mr N.H. Collet, secured the Worthing Sports Ground for the newly designated Worthing Cricket Club, on the site that is still the home of Worthing Football Club (Woodside Road). This ground was opened in 1901, and Worthing Cricket Club played there until 1921. Owing to a disagreement over the terms for the 1922 season, the club resolved that fixtures should be cancelled for the season 1922, although this became unnecessary, as, through the generosity of the Lancing College authorities, the club was permitted to play its home fixtures on the College ground during the summer vacation. Such scanty records being available, seem to suggest that the club was in abeyance in the years 1925 and 1926, but in 1927, it moved to its present home, the Manor Sports Ground, which was formerly part of the grounds of Broadwater Manor House and was taken over by Worthing Corporation as a sports ground.

The above information was taken from a transcript of a club newsletter (written circa 1971).

To read about our more recent history please visit our Wikipedia page. 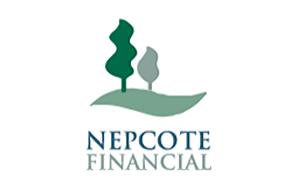 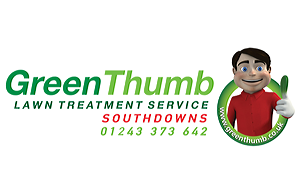 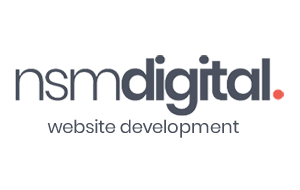